So in these last days of sweet September, gather some of this month’s abundance and simmer it on the stove, taking one last bite into summer with the “All Things Corn” recipes below.

How to cook corn: Drop into boiling water, count to 60, pull out and slather with butter and eat!

“This recipe is a classic foundation for chowder. The corncobs help to make the broth, doubling the corn flavor in the finished soup. But you should definitely add the cream and bacon, as instructed in the first variation. Without them, the chowder is well balanced. With them, it’s a dish you won’t forget.”

Instructions:
Shuck the corn, and use a share knife to stir the kernels into a bowl. Put the cobs in a pot with 4 cups water, bring to a boil. Cover reduce the heat, and simmer while you continue.

eat to medium-high. When the butter melts or the oil is hot, add the onion and potatoes, along with a sprinkling of salt and pepper. Cook, stirring occasionally, until the onion softens, about 5 minutes. Add the tomatoes and cook, stirring, for another minute or two.

After the corncobs have cooked for a t least 10 minutes, strain the liquid into the onion-potato mixture. Bring to a boil, then lower the heat to a simmer.

When the potatoes are tender, add the corn kernels and milk and heat through. Taste and adjust the seasoning. Garnish with the parsley and serve.

Variations:
Corn Chowder with Bacon and Cream: In Step 2, substitute 1/2 cup chopped bacon for the butter or oil.  Cook it over medium heat until it renders some of its fat, then add the onion. In Step 3, use heavy cream or half-and-half in place of the milk.

Curried Corn Chowder:  In Step 2, use the oil, and add 1 tablespoon each curry powder and peeled, minced ginger to the onions. In Step 3, use sour cream in place of the milk; garnish with cilantro in place of the parsley. Instructions:
Boil corn until done, let cool and then cut from the cob and put in bowl and take 1-2 tablespoons butter and stir into the fresh corn to evenly coat. Set aside.

Fry bacon until crisp and set aside for crumbling later. Reserve some of the bacon fat to fry onions in.

Sauté chopped onions in reserved bacon fat and 1 tablespoon of butter (if needed) until translucent.

Place corn, onions, milk and cream in heavy bottomed pot and slowly heat until just about to boil and then lower to simmer. Let simmer for 10 more minutes or so making sure to stir occasionally so the bottom doesn’t burn.

Serve in individual bowls with a sprinkling of bacon bits, chopped tomatoes and shredded cheese on top of each serving.

Instructions:
Using a box grater, coarsely grate the kernels off 4 ears of corn. Use a sharp knife to cut the kernels from the other 2 ears.

Put the cobs in a large skillet with the cream and cook over low heat until the cream is reduced to between 1/2 and 3/4 cup and has been infused with the flavor of corn.

Combine all the corn kernels with the sugar, flour, and salt in a large mixing bowl. Stir in the infused cream. Break in the eggs, one by one, stirring to incorporate after each addition.

This not only makes a spectacular breakfast, but it’s a great side dish with a simple dinner. And the leftovers, reheated, make a very pleasing snack. 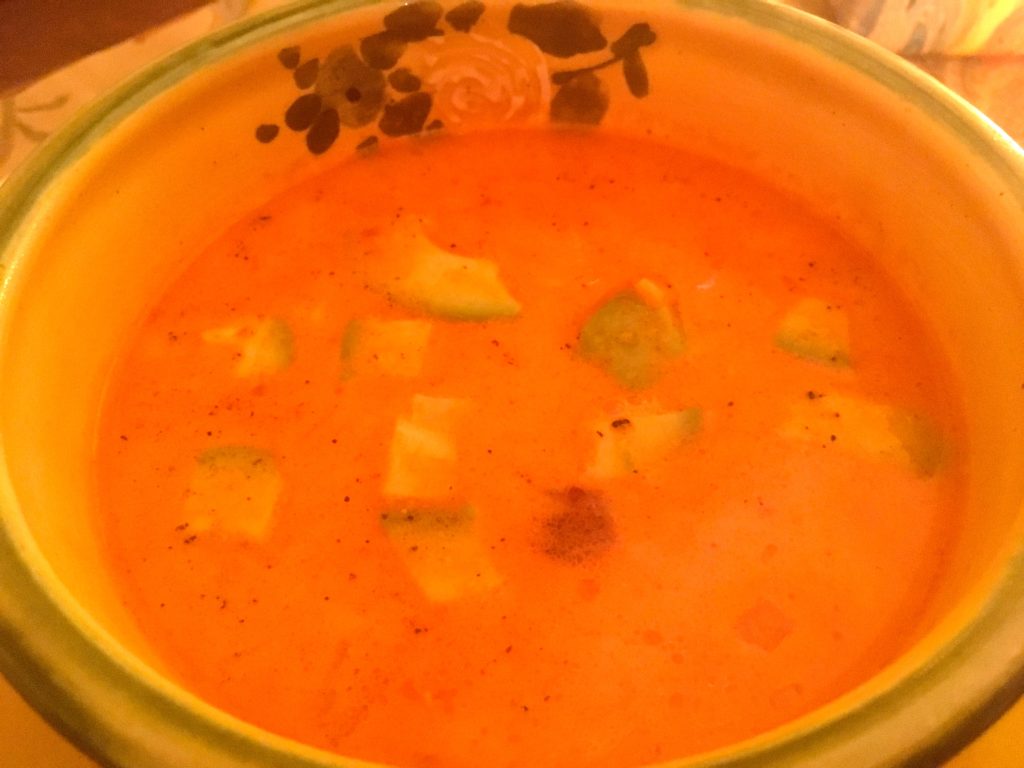 Instructions:
Line a baking sheet with parchment paper.  Heat the vegetable oil to 375 degrees F in a Dutch oven over medium heat, using a candy or deep-fry thermometer to monitor the temperature.

Fry the potatoes in batches, turning in the oil until golden brown and very crisp on all sides. 1 to 2 minutes per batch. Use a slotted spoon to transfer the fried potatoes to the baking sheet to drain and cool. Season to taste with salt.

Heat the butter and olive oil in a stockpot over medium heat. Cook the onion and garlic, stirring occasionally, until translucent about 10 minutes. Stir in the achiote paste and cook for another 5 minutes. Stir in the quinoa and corn and cook, stirring often, until the grain is lightly toasted, about 5 minutes. Add the stock and cream and bring to a boil. Decrease the heat to medium-low and simmer the chowder uncovered until the quinoa is very tender and the liquid is reduced by one-quarter, about 45 minutes.

To serve, fold in the parsley, chives, bacon, and fried potatoes. Season to taste with salt. Garnish with avocado and serve aji on the side.