1. How Martin Luther changed the history of the world… 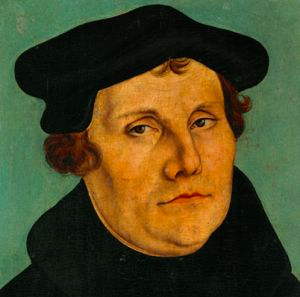 Given that this week marked the 500th anniversary of the beginning of the Protestant Reformation, we felt it would be amiss not to recognize its significance.

A commentary in the Wall Street Journal by Eric Metaxas, “The Real Story of the Reformation” (10/30), sheds light on the history behind Martin Luther’s “nailing” of the 95 theses on Castle Church in Wittenberg, Germany.

Note: Eric Metaxas is the author of the book Martin Luther: The Man Who Rediscovered God and Changed the World (October 2017).

“Luther probably didn’t post his theses on the famous date celebrated each year, though he likely did within a month of the designated day. And they might never have been posted by Luther, despite five centuries of paintings depicting him doing just that. As it happens, he may have handed the document to a church custodian to post. And if Luther did post it himself, he may even have unheroically affixed it with paste.

The most important difference between how most people remember the event and what actually happened is that the 30-something monk never dreamt that history would notice what he was doing. He did not intend to be defiant or to cause trouble. And he certainly did not plan to shake the foundations of the church he loved and obediently served. The idea that this all might lead to a sundering of the church was unthinkable. If he had thought of it, it would have utterly horrified him…

The powerful ideas Luther’s writings conveyed would in time lead to virtually everything we now take for granted in the modern world. By prompting the end of Vatican hegemony, Luther opened the door for the creation of thousands of new churches under dozens of denominations, Lutheran among them. In the coming centuries, this attitude would help elevate the concepts of religious pluralism, tolerance, democracy and freedom.”

2. Why we can’t simply blame social media platforms when it comes to spreading misinformation… An op-ed in The New York Times, “Silicon Valley Can’t Destroy Democracy Without Our Help” (11/2), encourages us to hold ourselves more accountable for seeking the truth in the current news landscape, instead of labeling ourselves as “victims of Silicon Valley manipulation.”

“…while Russian meddling is a serious problem, the current sentiment toward Silicon Valley borders on scapegoating. Facebook and Twitter are just a mirror, reflecting us. They reveal a society that is painfully divided, gullible to misinformation, dazzled by sensationalism, and willing to spread lies and promote hate. We don’t like this reflection, so we blame the mirror, painting ourselves as victims of Silicon Valley manipulation…

Twitter could work harder to fight hate speech, but that wouldn’t solve other difficult problems like ideological echo chambers and a general dumbing down of the national conversation, because those are also happening in real life. People already seek out cable television channels and newspaper opinion columns that reinforce their views.

Facebook’s algorithms may encourage echo chambers, but that’s because the company figured out what users want. Have you really never unfriended, unfollowed or muted someone who didn’t agree with you? Those who fret about the idea that many Americans don’t have access to diverse perspectives should scrutinize Americans’ individual choices as well as the platforms on which those choices are made.”

3. Why occultism is making a comeback… An op-ed in The New York Times, “Seasons of the Witch” (11/3), examines the renewed appeal of hexes, witchcraft and magic in American culture.

“Often when traditional institutions and beliefs collapse and people are caught between cultural despair and cosmic hopes, they turn to magic. As [Dakota] Bracciale [an instructor at an occult boutique in Brooklyn] told me, “If the powers that be and established structures are leaving you by the wayside, and there is this thing which essentially offers a back door in, or a way to manipulate circumstances, why wouldn’t you try it?”…

Today…technocratic rationality is losing its hold. Though youth culture occultism predates Donald Trump’s presidency, Bracciale believes the calamity of the election accelerated interest in witchcraft. Witchcraft itself has certainly gotten political. Every month, thousands of witches, neo-pagans and other magic practitioners virtually join together to cast a binding spell on Trump: “So that he may fail utterly. That he may do no harm.” (The pop star Lana Del Rey has participated.)”

Phrase of the week: “Biology’s philosophers”

An article in Quartz, “A Biologist Believes That Trees Speak a Language We Can Learn” (11/3), quotes biologist George David Haskell, author of the 2017 book The Songs of Trees, who believes trees are “biology’s philosophers, dialoguing over the ages, and offering up a quiet wisdom.”

See our previous Thinker Thoughts here, here, here, here and here, covering everything from Facebook’s domination of the world to the existential question of space travel.